Review Stardew Valley – This is a Simulator game or RPG game, similar to the Harvest Moon game. Stardew Valley was released on 26th February 2016 and constantly had a lot of players and fans. Unlike the other games which have a lot of developers and the big company as the developers, Only Stardew Valley that just developed by a man named Eric Barone. This man used “ConcernedApe” as his nickname to develop this game.

If you are looking for “best PS4 games like animal crossing“, then Stardew Valley game might be the solution.

ASSME Investigates: Gawker Made Him Semi-Famous, So We Give You More: Mark L. Emerson, Chief Angel

Don’t Lose Your Soul to Examiner.com

Stardew Valley got a lot of positive acclaim after the release and also became the most sold in Steam gaming store, with 1 million downloaded in a month after the release. This game supported several languages such as Japanese, French, German, Italian, Spanish, Korean, Portuguese, Russian, Chinese, and English.

The game becomes more popular since the streamers on twitch start to play it and Stardew Valley also comes into the top 50 games after the release day and attracts a lot of new players. The developer’s effort got paid off because this game won many awards and financial success.

How to Play Stardew Valley

In this game, the players will take a role as a farmer and breeder who takes over her or his grandfather’s heritage farm in the Stardew Valley. The players will get tools and coins to begin a new journey and life. The characters have to manage the time, energy, resources, and money to clean the farm, take care of the cattle, make furniture, and mine the mineral stones.

Stardew Valley’s players also have to join the social community with Stardew Valley villagers. Now, The Stardew Valley game can be played by multiplayer from 1-3 players to join in the valley. These players will work together to take care of the farm, Manage the resources and build a good relationship with the other characters in this game.

This game has no end, so the players can do anything they want. The gamers can play this game through several platforms such as Microsoft Windows, Linux, Mac, Playstation 4, Nintendo Switch, and Xbox.

There is a lot of similarity between Stardew Valley and other RPG Games. That’s all because the developer (Eric) was inspired by Harvest moon in developing this game. But, there is also another unique fact in Stardew Valley that the players should know more about it, such as :

If you’re a new player that wants to play Stardew Valley, Here are several in-game guides you must know before starting to play this game. such as ;

This game has a lot of features that can keep the players enjoying playing without feeling bored. These features also consist of many plots that will make this game will be more fun, such as :

1. Turn the Player’s Field into a Lively Farm

Raising cattle, growing crops, starting the orchard, Crafting some useful machines, and much more. The players have a lot of space to create their dream farm. From this farm, the players will collect rare items that can be used to recharge the character’s energy.

The players will make an effort to master a farming trick, so the player will reach the level up in 5 different locations: Mining, Farming, Fishing, and Foraging. For the progress, the players will learn a recipe for cooking and crafting. The players also can unlock the new locations to explore their skills by choosing other professions.

3. The Player Can Become Part of the Local Community

This game has 30 more characters that live in Stardew Valley and It means that the players won’t have difficulties in finding friends. Each character has a different schedule and jobs that they have to finish throughout the year and the week.

4. The Players Will Explore a Mysterious Cave

While the players do travel they will find a new dangerous monster, guns, gemstones, and many materials for crafting and upgrading the player’s tools. By exploring the cave, the players will get a fun sensation and will be more creative in managing and collecting items.

5. Get a New Life into The Valley – After the Joja Mart Opened

6. The Players Can Cook Delicious Meals and Craft Several Items to Help the Player Out

The players will get more than 100 recipes crafting and cooking, they also will have a lot of different items to create. After eating the dishes, it will boost the player’s energy, skills, running speed, or combat power. The players will craft the scarecrows, oil machine makers, and rare items like crystal.

7. The Players Can Customize the Appearance of Their Character and House

After choosing many decorative items. the players will have no more troubles and problems in creating their dream house. This feature helps the player to design the in-game models as they want. In this feature, the player has to show their creativity in designing the unique characters and properties.

5 Reasons Why Stardew Valley is Still Interesting in 2021

Entering the 5th year after the release, this game certainly already has a lot of players. That’s why the developer keeps developing this game to make it always up-to-date. Here are the 5 reasons, why this RPG game is still interesting to be played in 2021 :

1. Can Spend Your Free Time

You can play this game whenever in everywhere because this game doesn’t need an internet connection (can be played offline). Stardew Valley also has a mobile version for android and ios users. smartphone users don’t need to worry because there will be a lot of updates for this game on the mobile version.

After the release of this game 4 years ago, the developer (Eric) is still updating this game to add a new storyline, new features and repair any bugs in this game to keep the player still comfortable in playing.

In this game, Your character also will wake up at 6 am and will sleep at midnight. so you have to manage your time every day to finish many activities like; Take care of the farm and do the special task. In doing this task, the character will get rest and lack energy, you can recharge the character’s energy by eating until soaking in the warm water.

4. There are Crafting Features

The biggest difference between Stardew Valley and the other RPG/Simulator game is the Crafting Features. These features will make the players easier to create any tools from the material like stones, woods, and minerals. The players also need this feature to take care of the farm.

In conclusion, Stardew Valley is still the best RPG/Simulator game besides Harvest Moon, Terraria, and Minecraft. This game has many unique features and gameplay that can create a fun Journey action. The players in this game will be creative because, in this game, they are trained to manage time, resources, tools, and many important types of equipment.

Summary: In this game, you inherit your grandfather's farm in Stardew Valley. You are only provided with hand tools and a few coins, as initial capital to start life. The main challenge is the ability to learn to live, survive and develop in managing the land into fertile and productive agricultural land. Unfortunately, this is not easy. You need smart ideas to take advantage of everything that exists. Your dedication and wisdom in taking decisions may restore the glory of Stardew Valley.

We collect information from many stores for best price available

Why Betting Exchange Prices Are Higher Than Bookie Prices

How to Choose the Best Official Indonesian Pkv Site Poker

Why Should You Play in Ceme Online Trusted Website? 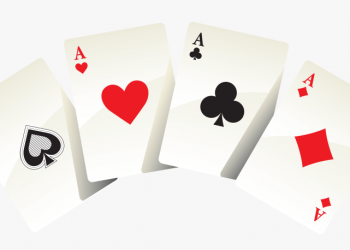 How to Choose the Best Official Indonesian Pkv Site Poker

Why Should You Play in Ceme Online Trusted Website?