Android Puzzle Adventure – Every human being certainly has a need for entertainment amidst his busy activities. Entertainment in question is like playing games via a smartphone. The best recommendation is an android puzzle adventure game to accompany you in your spare time.

Why are puzzle games the most sought after by the public? Because the game is a brain teaser genre that effectively triggers thinking more carefully and quickly. Where the human brain will work more to be able to put together the available puzzles.

Did you know that the puzzle adventure game on android has always been popularly played. Like the list of games below that you must try. Check this out!

The Limbo game has a satisfactory rating on the PlayStore, which is 4.6. Contains a puzzle game released by Playdead studios. Limbo Puzzle can be said to be a legendary game because it was released on Xbox Live Arcade in July 2010.

The large number of Limbo enthusiasts has made developers develop games to be compatible with the Playstation 3, Microsoft Windows, and Android consoles.

The plot of the story that is presented begins with a boy stranded in a mysterious forest with a black and white background. The boy has a mission to find the whereabouts of his sister trapped in the forest. To find saudarina, she had to solve a number of puzzles on her way to the middle of the forest.

The Samorst 3 game can be said to have a satisfactory rating on the PlayStore, which is 4.6. The game developed by developer Amanita Design is a continuation series from Samorost 2. It tells the story of an alien from outer space who looks for trumpets belonging to 3 gods.

The reason is, the trumpet has been seized by a robot dragon controlled by an evil wizard. These aliens will travel to various planets in order to find the witch’s whereabouts. To be able to reclaim the teompet 3 gods, the aliens must complete a puzzle challenge.

Very Little Nightmares is a quite satisfying game offered by PlayStore. This game was released in May 2019 by the developer Bandai Namco with ALIKE Studios. In this game, you will play the character of a little girl dressed in a yellow raincoat.

The little girl will visit all the rooms and floors to solve the puzzle. In addition, you must avoid all kinds of dangers and threatening enemies along the way.

Botanicula is one of the best android puzzle adventure games on the PlayStore with a rating of 4.4. Released and developed by the developer Amanita Design on April 19, 2012. Initially it was only intended for Linux consoles, Microsoft Windows, and Mac OS X.

However, due to the high demand, the iOS and Android smartphone versions of Botanicula were released. In this game, it tells about 5 plants that managed to save the world from a poisonous spider attack. You will be taken on an adventure in an exciting plant world.

At the beginning of the game, you will be a robot character who is eliminated from the robot world. Then, the robot tries to get back into his world in disguise. One of the goals is to find her friend, the female robot who has been enslaved by the robot boss.

The robot boss in question has an evil nature and always absorbs the abilities of other robots. To be able to find a female robot, you have to solve a number of puzzles. Be careful of the robot warriors who may catch you suddenly!

For a new, more challenging experience, you can enter a gambling site that talks about toto hk. Experience the unique game that you just found on the site.

That is the review regarding the recommendations for android puzzle adventure games, hopefully it can be useful information for you. 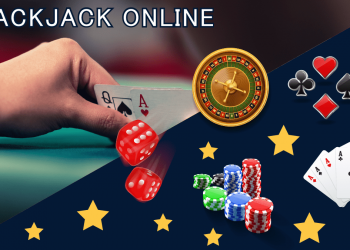